Explore our free resources to learn how to position your logistics business for maximum growth in 2022 and beyond.

Explore our free resources to learn how to position your manufacturing business for maximum growth in 2022 and beyond. 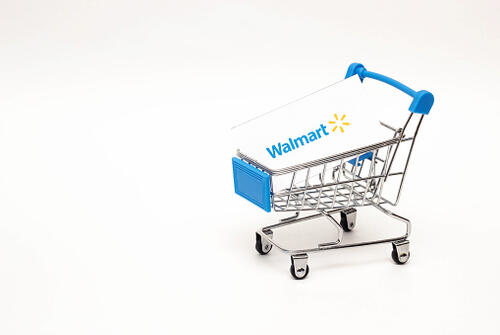 Walmart+, introduced by the box-store giant in mid-September, is a big deal. Not only is it an intelligent strategy for confronting Amazon, it’s squarely focused on the sweet-spot differentiator the rapidly changing consumer world now expects: delivering a delightful and fail-proof retail buying experience, no matter what channel a customer chooses to shop through (in-store, online, curbside pick-up, home delivery, pre-order, etc.).

To deliver on the customer experience it’s promising, Walmart’s raising its expected on-time delivery requirements for suppliers and carriers, if they want to participate in the Walmart+ ecosystem. The company’s mandate, known as “OTIF” (On Time, In Full) states it will now require the following:

“We must improve product availability to help ensure that our customers can purchase the products they want, when they want, in-store and on-line. To deliver on this goal, orders need to be fulfilled accurately, on-time, and in-full,” a company memo reportedly said.

Make no mistake: Walmart’s rationale is purposeful and well-placed. Rightly, it’s all about getting closer to their customer, increasing loyalty through more choice, broader selection, store dependability, and earning repeat business through consumer trust.

But what about the view from the trenches? How are suppliers and carriers coping with this sudden change in Walmart policy?

In a situation like this, any upstanding carrier would rightly be outraged. And never mind that in this case we’re talking about perishables. Now, in Walmart’s eyes, tomatoes are no different than tennis shoes; all that matters is getting them there on time, in full.

According to an article in FreightWaves , “the full brunt of the new directive applies to suppliers who ship under ‘prepaid’ transactions, where the shipper pays the freight costs and manages the process. Goods shipped ‘collect,’ where the Arkansas-based giant controls the freight in return for reduced payments to suppliers, need not comply with on-time delivery standards because Walmart controls the shipping. However, the ‘collect’ supplier will be responsible for properly filling Walmart’s orders for Walmart pickup at least 98% of the time.”

So, either way, at the end of the day you are going to be charged back if the order isn’t complete or there in time.

Let’s analyze this a bit deeper, to see what the possible workarounds might be.

1. According to a write-up in Talk Business & Politics , “the memo sent shockwaves through the supplier community, particularly smaller companies that utilized less-than-truckload shipments, because of so little time to move from 70% to 98%. Walmart also said the 98% requirement applies to suppliers who handle their own freight and those who utilize Walmart’s logistics for moving goods. Walmart is also giving suppliers the opportunity to change from a prepaid status – handing their own transportation – to a collect status where Walmart handles the logistics. Suppliers switching to collect will also take a cost reduction to compensate for shipping. Walmart said collect suppliers must have orders ready to go for Walmart’s pickup and if so, the supplier is not liable for the order being late because of truck breakdown or other transit issues. “

What OTIF really does then, is tries to incentivize suppliers to now take ownership of booking the freight movement without a cost reduction for using the Walmart logistics team and coordinate with the Carrier late delivery fees that may be imposed. However, if the suppliers use the Walmart Logistics team, they will see a cost reduction but not be held liable for the Carrier fee if the delivery is late. Walmart would most likely assess the fee directly to the Carrier. So, for carriers and suppliers alike, it’s lose-lose.

2. But let’s say Suppliers are accepting of this incentive to handle their own Freight movement. If so, they could consider forming their own Transportation Group or they could just outsource. Forming a Group calls for significant investment – both in fleet and in technology -- but yes some of larger suppliers do have their own transportation companies. Economies of scale manifest in the form of tighter multi-level data movement and powerful ecosystem integration if the business is set up for advancement in normal traffic, brokering, and regular transportation. Obviously, many suppliers cannot afford this, because it’s a huge financial and staffing commitment, but it could help larger suppliers hedge their bets by having their fleet prepared for non-Walmart business -- in the event they lose their supplier contract with Walmart. But … it’s expensive.

3. A third alternative is a supplier could open its own Brokerage office, but this too requires sophisticated attention to and investment in technology that would enable the supplier to consistently meet Walmart’s changing rules on timing – not just for OTIF deliveries, but also their rules on data movement and integration. But … it’s complicated.

4. So, what IS the best alternative? Probably this: Suppliers will lean into the Walmart avenue for freight because it’s less of an investment, fewer headaches, and companies can deal with fees if and when they happen.

As consumers drive more and more retailers to accommodate their buying preferences, manufacturers are taking note. More D2C (direct to consumer) business models are bypassing retail altogether. So maybe that’s one answer, but we all know how prized a big-revenue order with Walmart is, so it isn’t going to happen overnight.

Bottom line: Suppliers and carriers will adapt to the new Walmart+ way, but we foresee some costly lessons along the way. But at least consumers will be happy: Their shopping experience is getting easier and better all the time.

A former Gartner analyst and current market evangelist and strategy director, Frank Kenney is widely credited as the creator of the term  managed file transfer  (MFT), and was the first to write about and discuss its modern architecture, platform, and use cases. Previously, Frank served more than 10 years as a research director at Gartner, where he defined the MFT, B2B gateway, SOA governance, and cloud service brokerage (CSB) markets.

Frank holds a degree in music technology from the Center for the Media Arts, holds degrees and certifications in digital multimedia and instructional technologies, and studied English and computer science at the University of Tampa.

We have a whole library of videos for you to check out. Fill out the form below to unlock our demo video library.

Understand current trends in EDI onboarding and learn how you can cut onboarding time in half.

If you can't support end-to-end EDI integration or if onboarding partners and customers is painful.... your B2B integration is broken.  Here's what to do about it.

Watch how easy it is to automate every EDI process using top-rated EDI software that scales with your business. 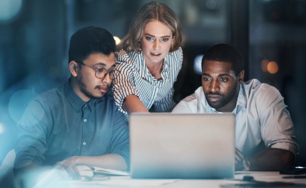 EDI Managed Services: Everything You Need to Know 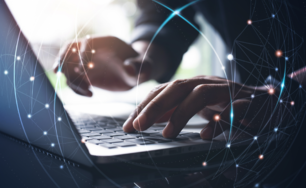 9 Greatest Appeals of the iPaaS Approach 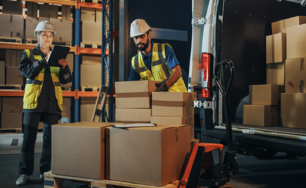